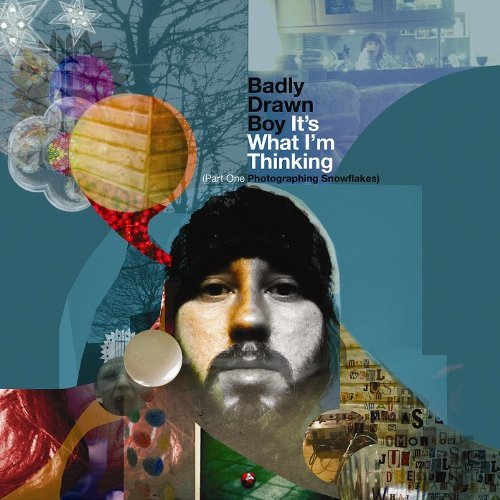 Since writing the soundtrack to Caroline Aherne’s film The Fattest Man In Britain last year, our favourite tea cosy, beard wearing Mercury Prize-winning singer/songwriter has been experiencing a period of abundant creativity that has resulted in a new collection of music that will be presented as a trilogy of albums. 10 years on from when he first pottered onto the scene, Damon Gough is kicking off the next decade with It’s What I’m Thinking, the first album of this tripartite series.

The title is self-explanatory, a literal encapsulation of the immediate surge of ideas transformed from thoughts into music. No fucking around to the whims of record bosses and their timetables, when there’s art to make, then art shall conquer.

The result is not so much a reinvention of style, but a steady continuation of Gough’s acoustic sound that is, nevertheless, suggestive of a new and energised vigour being experienced as he settles into his forties.

It’s a chilled out album, clement throughout, and one that wafts by pleasantly enough without much impact. In short, it is enjoyable but not memorable. Look out for the terrific In Safe Hands and the more animated Too Many Miracles.

This entry was posted in Music, Reviews and tagged Badly Drawn Boy, Caroline Aherne, Damon Gough, It's What I'm Thinking, Mercury Prize, The Fattest Man in Britain. Bookmark the permalink.