Anselm Kiefer – ARTIST ROOMS On Tour with the Art Fund 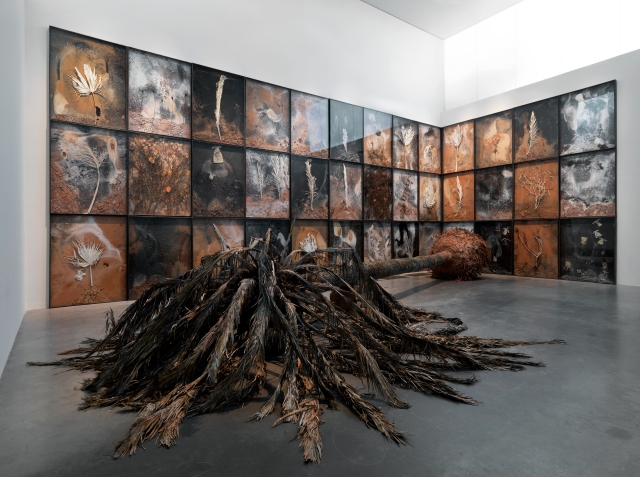 As if brutally ripped from the earth and left to die, a once evergreen and lively palm tree, so synonymous with heavenly paradise, lays horizontally on the floor, its roots visible, its lush green washed away, it’s sweet lilts now violently inanimate, forlorn and thirsty for life. And behind it, awkwardly, as if to emphasise the tragedy before us, a sequence of 30 plus paintings surround the tree, unable to move, not knowing what to do, a vigil for a miracle.

Palmsonntag (2006), a colossal fibreglass and resin monument by the German painter and sculptor Anselm Kiefer is a unique retelling of the last week of Jesus’ life, and symbolises, in some way, the violence Christ took upon him at the end of his physical life. Kiefer, as you may now have deduced, is a man who is interested with deeper, more philosophical themes, as well as being fascinated with the immorality of man. As the esteemed historian Simon Schama has said of Kiefer, ‘he doesn’t do droll’.

Coming to the Baltic this October, a portion of Kiefer’s powerful body of work will be shown as part of a collection entitled Artists Rooms, which is a collaborative effort by the Tate and National Galleries of Scotland to deliver a new collection of contemporary post-war art to the wider public. It was made possible through the gift of the art dealer Anthony D’Offay, assisted by the National Heritage Memorial Fund (NHMF), The Art Fund and both the Scottish and British Governments. It is, to say the least, an extraordinary compilation of work from seminal artists, and most welcome too, given the precarious situation regarding proposed cuts to the arts sector.

Anyways, I digress. Born in the ashes of a destroyed Germany that had suffered repression, manipulation and murder under Hitler and then total destruction by the savagery of war, Kiefer, like so many of his contemporaries, grew up in a complex, still-fractured, and grieving time in Germany’s history, which had to then endure more years of ideological torment as capitalism and communism clashed in the vacuum left by the collapse of fascism’s most vile manifestation: Nazism.

Though his work is not solely based on his country’s recent past – other themes include history, theology, visual representations of poetry and literature – the influence it has had on his style of painting, the way in which he expresses his preoccupations, is decidedly evident in the subtext. With a dull palette of colours, huge scales both physically and thematically, and the sense of emptiness or searching in his art, Kiefer’s understanding of the affliction Nazi Germany imposed on its citizens during peacetime and then its subsequent barbarism during the war is symbolic of the torment of life itself through the ages of man.

The boundaries he crosses in his work, metaphysically between content, time, and existence, and tangibly between object and painting, unmistakeably esoteric – perhaps even unknown to the artist himself – indicate an innate impulse to seek answers. Is Palette (1981) the artist as Icarus, burnt and ultimately doomed for exhibiting too much curiosity, or are the wings in fact an otherwise sturdy line of thread smouldering away the artist’s instrument for engaging with the world? Either way, the ambiguity – in part due to the neo-expressionistic approach – leaves the viewer wondering about the pathos of this painting. 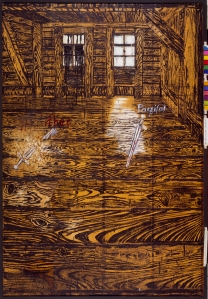 The pensive themes continue in his other work, which includes Urd Werdande Skuld (1983), Man Under a Pyramid (1996), and Parsifal (1973), a series of three paintings of wooden interiors punctuated with a cot, a sword, and a spear respectively. This was inspired by Wagner’s last opera, which in turn was based on a 13th century poem by Wolfram von Eschenbach about Percival’s search for the Holy Grail, which itself was roused by the mythological stories of Arthur and his Knights of the round table. Again, it leads us to that central question ‘what is it all about?’

This is an outstanding exhibition from one of contemporary art’s greatest thinkers. Grand, dramatic, and intellectually challenging, Kiefer’s work is a joust worth taking on. 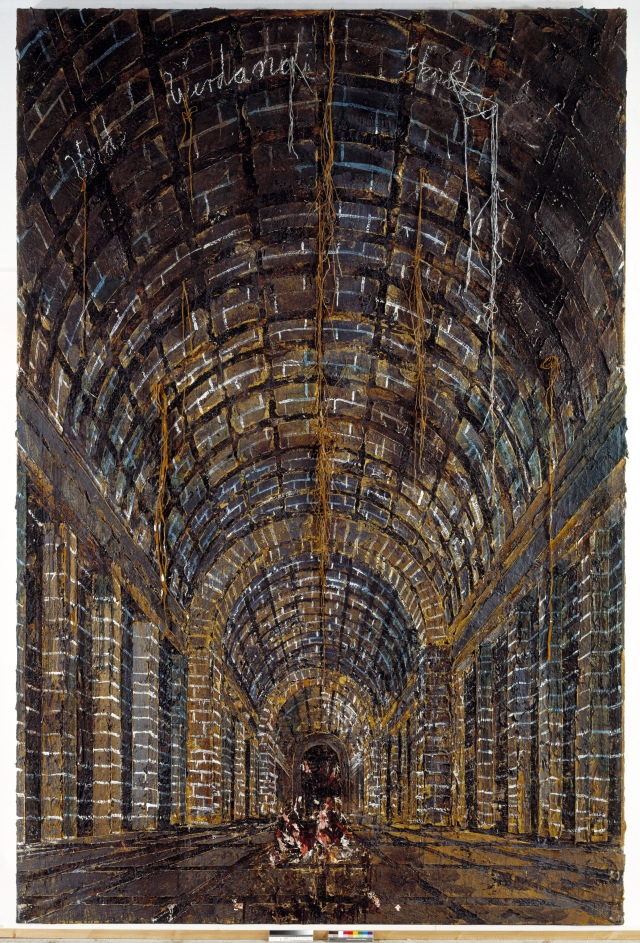